'Permeation of Feathers' Bernadette Hopkins Performance for Wild Swans A Pound of Feathers Project.
Photography by Jacqui Devenney Reed
Wild Swans is a performance art collaboration founded by artists Bernadette Hopkins Co. Donegal, Ireland and Dr. Denys Blacker, Girona, Spain in 2019 as a performance art research and exchange between Spain and Donegal. Wild Swans attempt to develop collaborative and public engagement in performance art and culture and encourage exchanges of skills and peer learning to take place.
​
Wild Swans aim to develop our art practice and research, create excellence in our work and to invite and support other artists who want to develop and experiment with performance art in their practice. The selected artists for projects represent a variety of different approaches to performance art and their work is brought to a wide audience through exhibition, screening and presentation of the artists creative text which accompany each performance. The projects emphasise collaboration and discussion throughout the creative process meeting on a weekly basis the months prior to the performances. 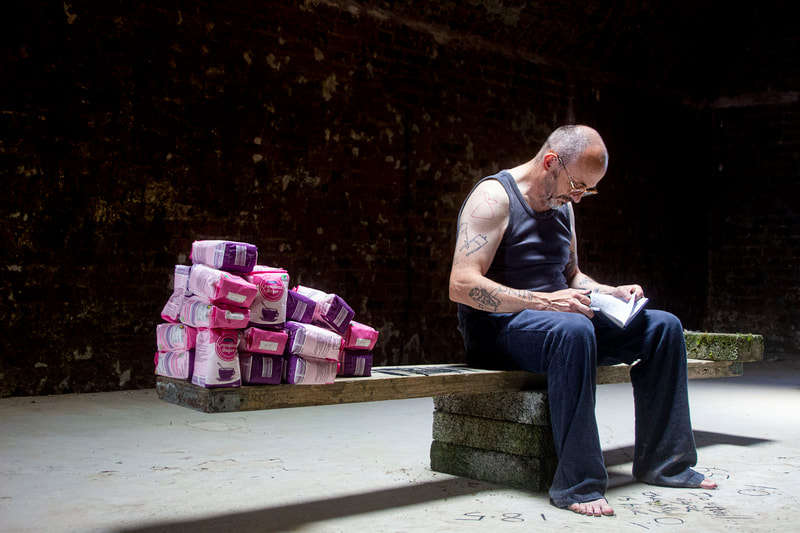 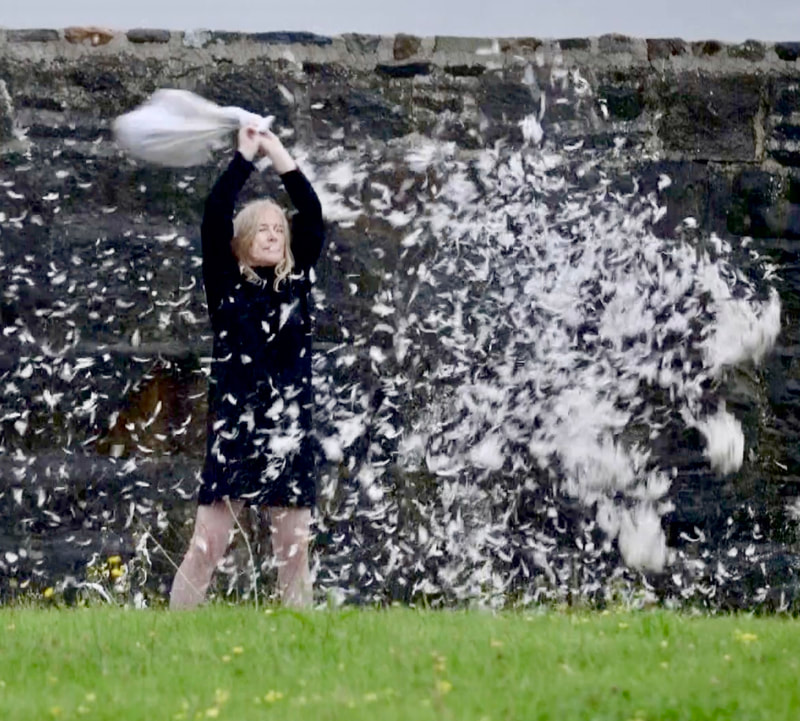 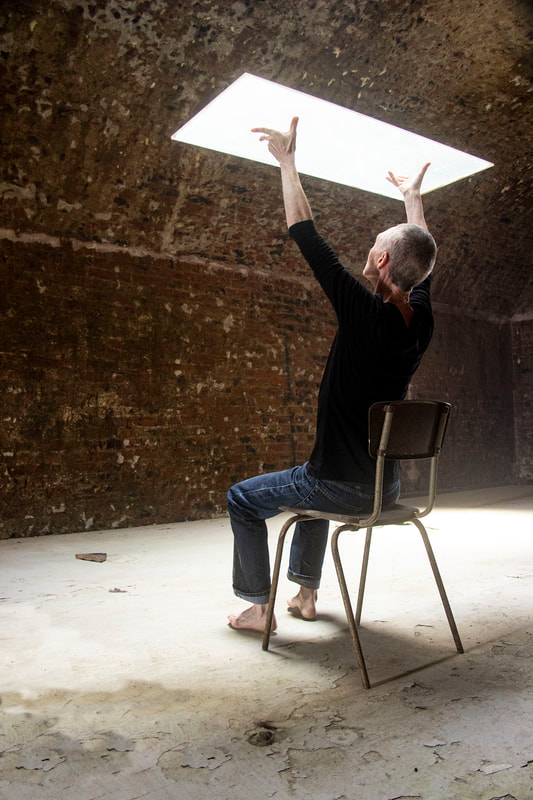 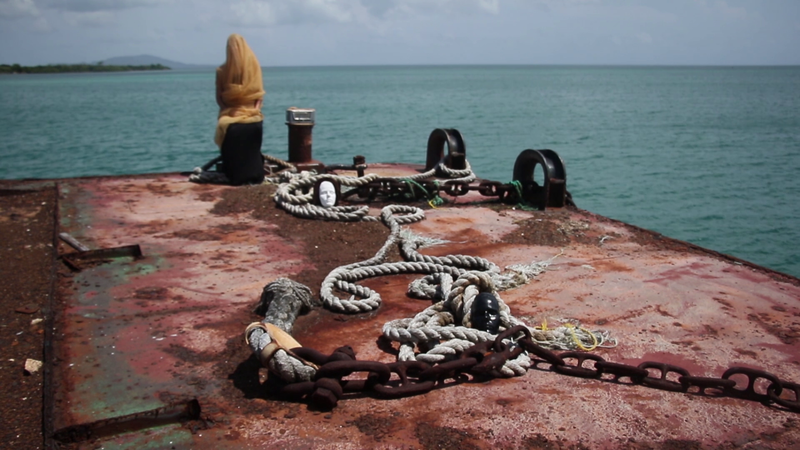 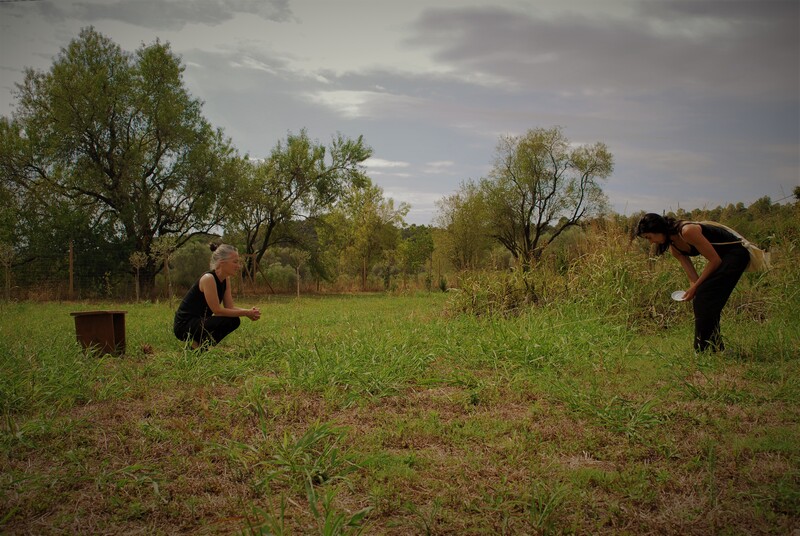 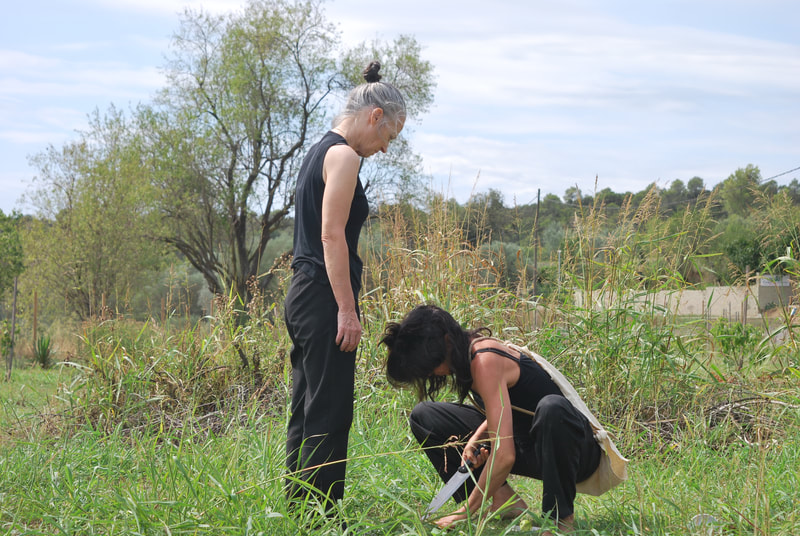 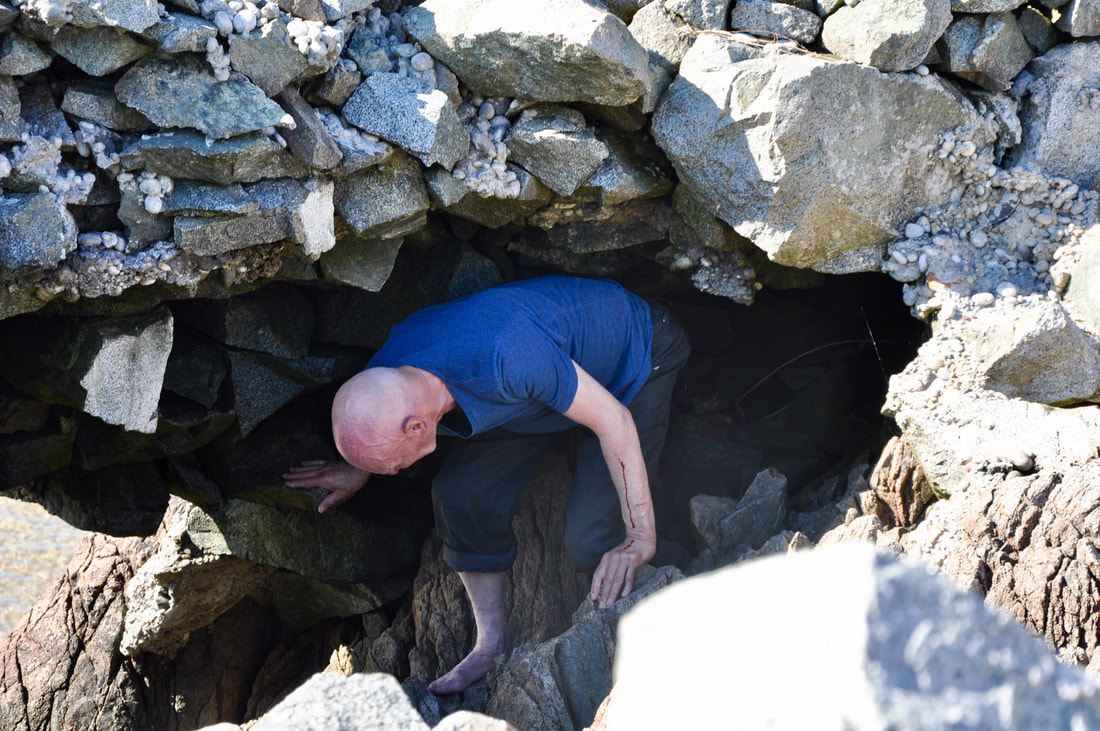 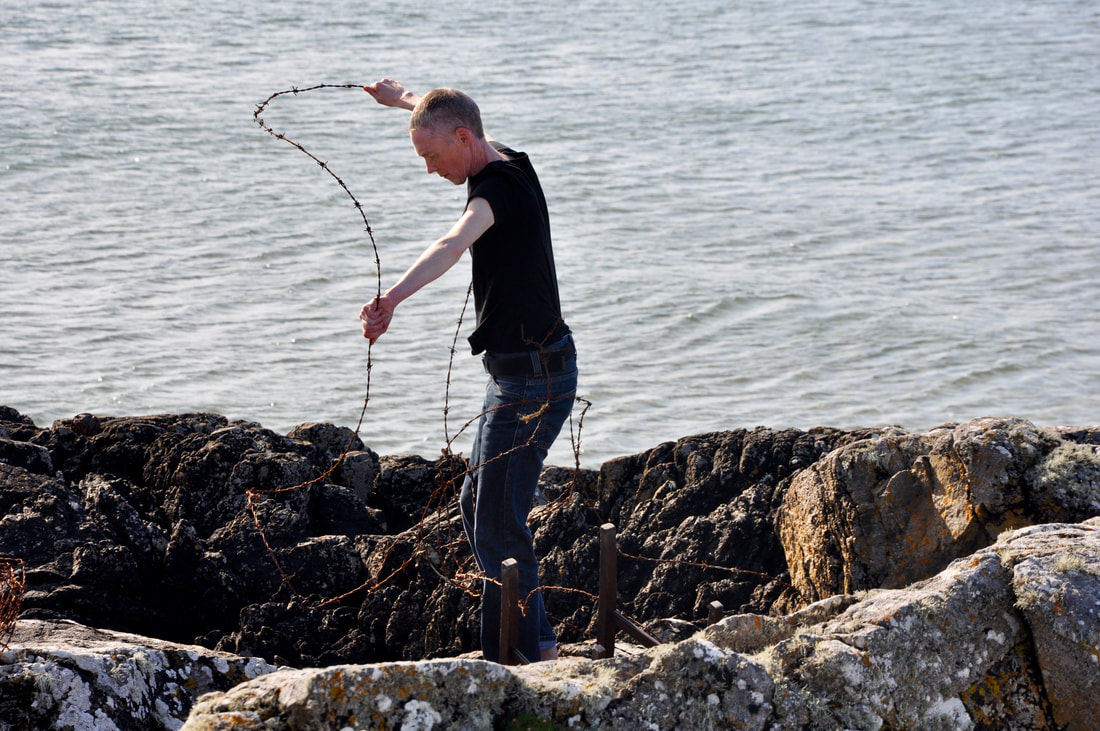 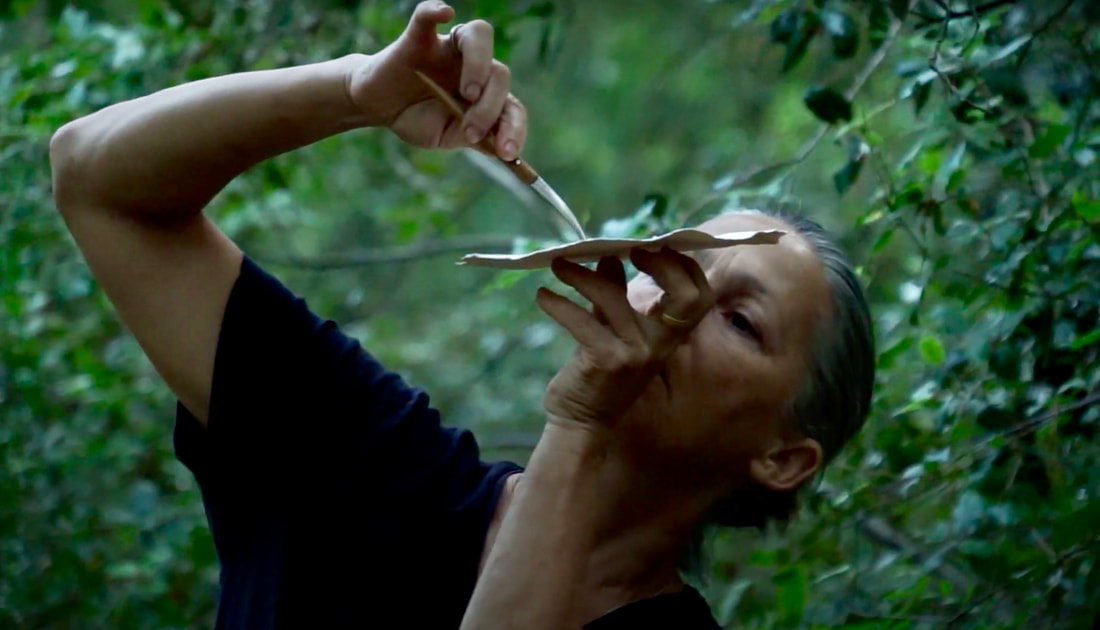 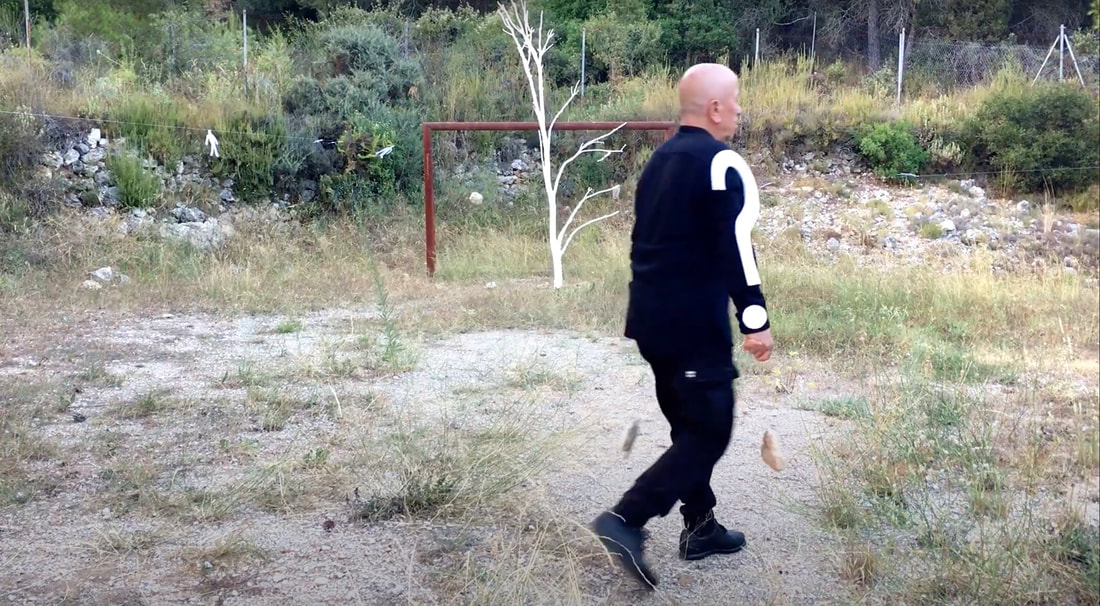 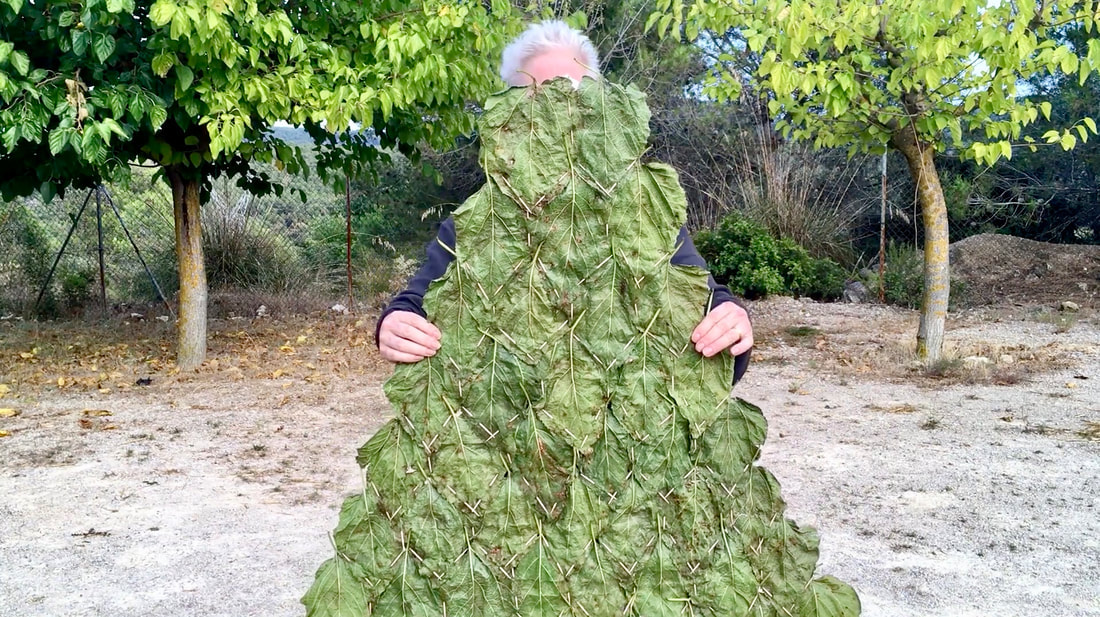 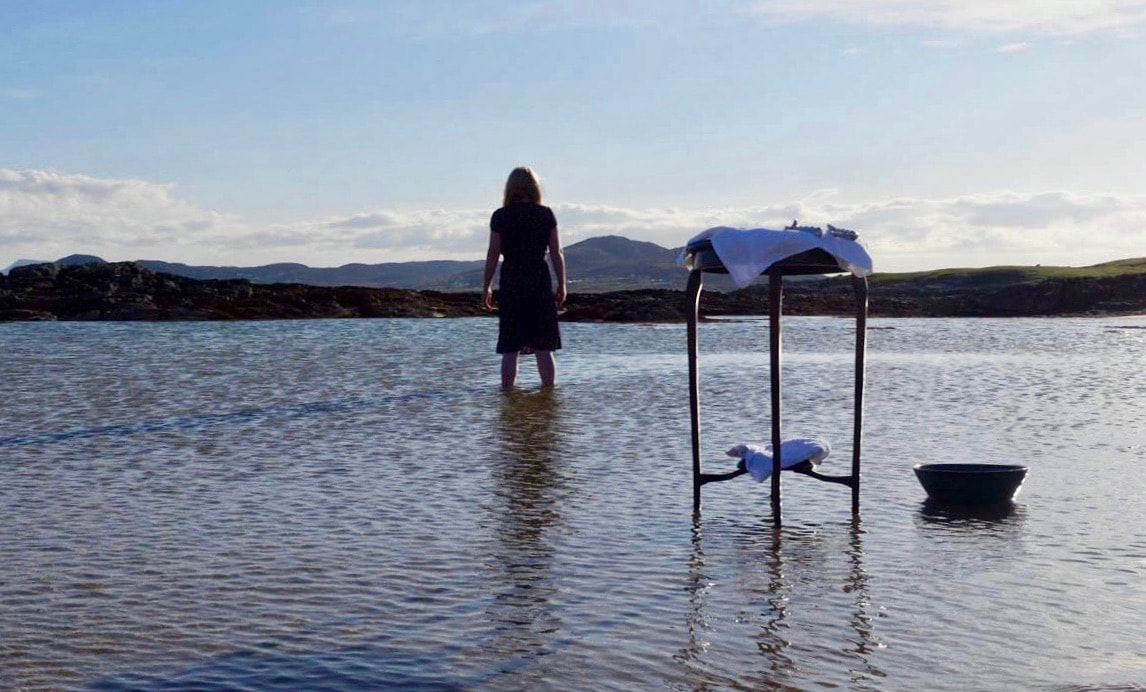 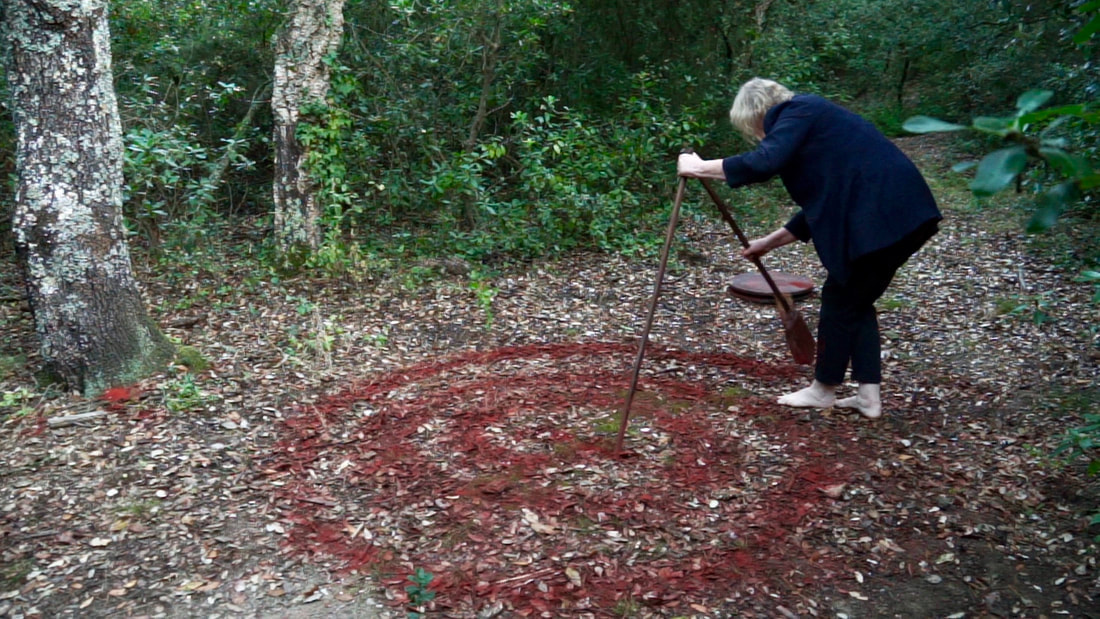 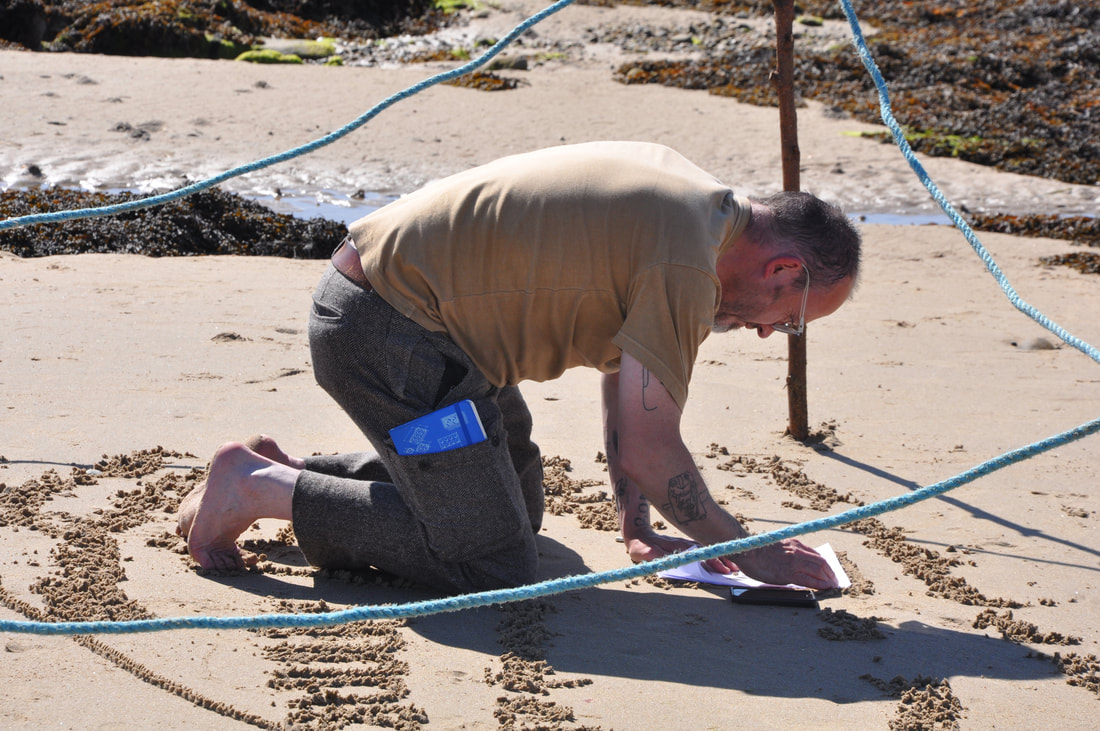 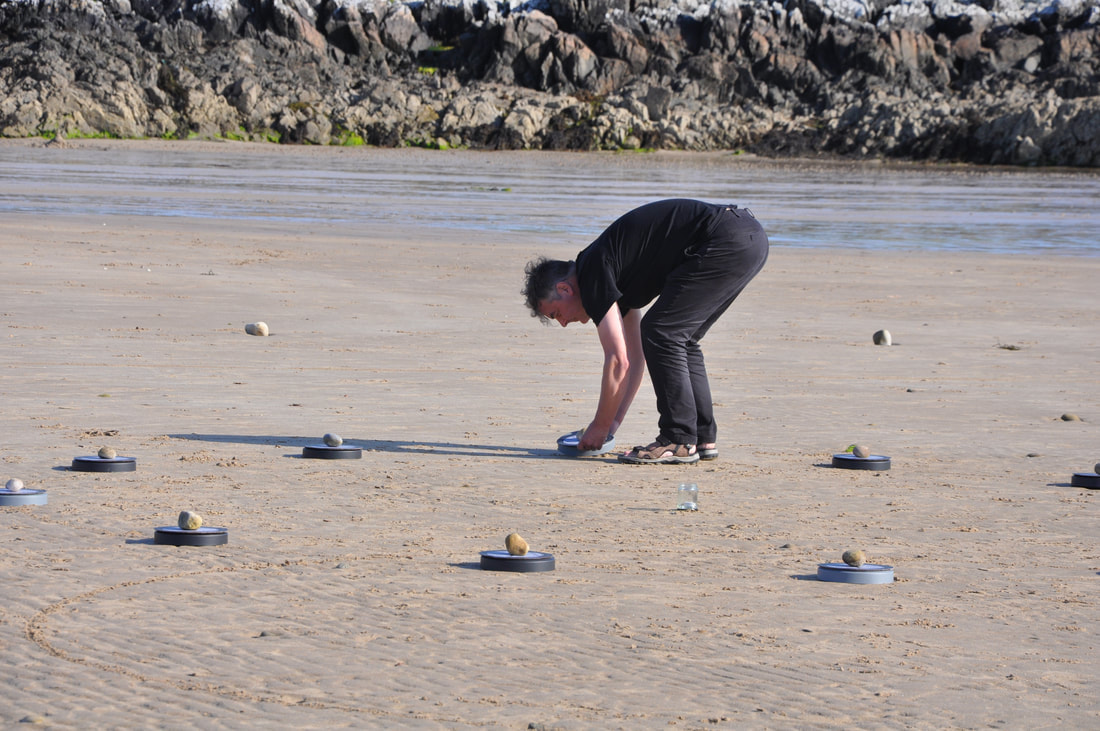 ​During the initial 2020 lockdown, Wild Swans in conjunction with Bbeyond, invited artists to collaborate in the project  ‘Forgotten Places’ a series of performances which took place in in Girona, Spain and Fanad, Co. Donegal in August 2020. The project offers an introduction to performance art with 10 performances by Donegal and Spain based and Bbeyond artists.

‘Forgotten Places’ explores our sense of place and space and the artist’s specific responses to site, place and
of a space. It captures how we create out of primal spatial experiences and how we embody feelings and images.

The artistic process began online with the artists and film maker and has continued over the months on a weekly basis. Each artist has written a text related to their performance creating a digital document for the project.

After retiring as a lecturer in University of Ulster Community, Drama in 2014, I developed my interest in Performance and Street Art: voice and sound poetry predominated.
At Ballywhorisky a small, rocky cavern beside an arch surmounted by a causeway was an ideal location. Within this cavern I explored a range of vocal resonances in different corners . These sounds became influenced by my responses to to physical sensations and emotions which I was experiencing.Upon emerging from the hole I climbed onto the causeway ,and standing upon a small plinth chanted a eulogy to the sun punctuated with occasional red herring harangues.

Toni Crabb was born in Harare, Zimbabwe in 1970 and migrated to Spain in 1990.
Her work uses drawing as a core practice and has integrated performance in recent years. She has  explored issues of interrelationships, including the human relationship to the environment, and questions of sexual violence and power, including the seizure of language by power, where art can be a means of restoring language as self-representation. She often uses collage tactics to explore relational space by putting different things together. Her work sees space as a sensitive, living field.
She has been a member of Corpologia performance collective and has exhibited in spaces ranging from Gallery Delta, Harare, to a friend's garden, to Haus der Kunst, Munich. She attends many workshops and runs her own, combining solo with collective practice.

Brian Patterson co-established Bbeyond in 2001 to promote performance art in Northern Ireland and further afield and is currently administrator. His interest in performance art was a gradual one, witnessing performance art for the first time in 1991 but it was not until 2005 that he made his own first performance.
‘Proem - In memory of my mother is concerned with being and time, how we are conscious beings one minute, remains the next. This humbling experience gives importance to time questioning in the context of performance art. He sees art as a realm of and for freedom where one literally steps outside/inside time’

Rotnip: Chile 1953. painting and drawing, practitioner of the art of Action., Frequents the universe of music and sounds.
The forgotten space was remembered and visited, the captures made by perception have operated orienting themselves to areas that will probably also be forgotten. The space continues unnoticed.

Denys Blacker is a visual artist whose practice spans performance art, drawing, sculpture and video. Currently based in Spain, she has organised over twenty international performance art festivals in Girona and Barcelona. She is a founding member of the all-women performance group Ocells al Cap (Birds in the Head) and a member of the International performance group Wolf in the Winter. She is co-founder of the project ELAA (European Live Art Archive) based in the University of Girona, and holds a PhD from Northumbria University, titled Interconnection, Synchronicity and Consciousness in Improvised Performance Art Practices. Blacker is interested in elements of (un)conscious connection and the relationships between one another and our surrounding environments. Through her work she explores the boundaries of self and object, as well unconscious sensations and cognitive senses.

Aodán’s current practice is improvised performance/writing/drawing. His PhD is on ‘Action as Articulation of the Contemporary Poem’ though physicality and doubt are the site of meaning and the stance respectively where the action operates.
This performance, ‘Spaces’, is a folding of the materials that arose out of the series of conversations between performers over zoom in the preparation for the Wild Swans event with the dominant currency of denied freedoms, of restricted political and social spaces, with the limited sensory meetings of social media and the squeezing of thoughts, ideas and ideologies which the isolated personal must traverse.

Lesley was an English artist based in Spain.  She has exhibited and has participated in various projects around Europe which include performance festivals, sculpture symposiums and artists in residence. She has made the Performance ‘Chorophyll Affair’ as part of ‘Forgotten Places’.‘Out side my studio are a number of lime trees, the fine tendrils of their roots penetrate the ground. In the summer, the bright green leaves are heavy with sap and their shade is surprisingly cool. A leaf mantle woven from their leaves opens the story and carried like a shield it conceals my body. This leaf shaped cloak attests to unseen power, light-energy and processes of transformation that arise in the tree. The cloak is destined to break down, over time it dries, becomes more fragile, crumbles, and joins the action taking place underground, a secret, forgotten and unrecognised mutualistic mycorrhizal network.’

Sandra Johnston is a Northern Irish artist working since 1992 in the areas of site-responsive performance, installation, drawing and writing. Each work is developed from careful observation of the tensions that exist between the history of a location, set in dialogue with the vibrancy and insistence of the passing moment. It is an approach to improvisatory action that accepts the unpredictable as points of catalytic encounter. In Rare Sighting Johnston used the particularity of the stony Fanad landscape to connect together found objects, namely, bird feathers and barbed wire, to convey a sense of inner release from the social pressures of 2020.

I have lived and worked in Catalunya, Spain for over 30 years as artist, curator and writer, focused on digging deep into artistic heritage. Over the last 10 years I have engaged in performance art practise within Corpología and Birds in the Head and as member of Vibra, a feminist art collective. An old track, winding through a forest conjures islands of motion and stillness, movement of repeated steps, the low sound of letters sung. The vowels of the Beith-luis-nin alphabet relate to ancient beliefs transmitted over milenia that speak of trees, seasons, ebb and flow, regeneration, renewal, of a cycle of eternal return.

Bernadette Hopkins is a visual artist living in Co.Donegal. Her art practice explores contested spaces and environments affecting the natural world and human condition through visual performance art and curation. She has been a founding member of Donegal based art collaborations Utopia Ducks and Wild Swans and has and written A Framework Document for Donegal Intercultural Arts and Culture.  In this performance she explores her sense of a forgotten place in Fanad and how the landscape embodies the lives of her mother and grandmother who were born there. She reflects on their loss and resilience in an emerging independant Ireland where their roles as women were dictated by society and circumstance.

Jacqui is a film maker and photographer with a background in creative projects and collaborations and journalism. She holds a BA Digital Film & Video and Photography. She has been a Project Coordinator ArtLink in Dunree, Inishowen, Donegal. Her role aims to support the ambitions and profile of national and international artists by providing an innovative artistic delivery and filming of their work. ‘My choice of subjects come from a place of intuition and is fueled by the desire to partake in the stories that unfold around me. The stories that are not at first obvious, but show the relationship of man to nature affirming the beauty of the world’.